I have been a PGA professional working in the Green Bay area, the NFL’s smallest city, for many years. As I reflect back, I recall with genuine pleasure the opportunities I have had to meet, teach and make clubs for many of the players and coaches from the Green Bay Packer organization. Most recently, I spent about a week at our Learning Center with Jerry Kramer, #64, an eleven-year veteran, who played Right Guard with the Green Bay Packers during the great Lombardi years. During his career, Kramer and the Packers won five NFL titles and the first two Super Bowls. He also served as the team’s place kicker in 1962, 1963, and part of 1968. As a kicker, he kicked 29 field goals, 90 extra points and a total of 177 points.

Kramer suffered many injuries throughout his playing career. Among these was a surgery to remove wood fragments embedded in his abdomen from a teenage accident and another for a badly injured ankle suffered in 1961. He underwent 22 surgeries during 11 seasons while playing in 129 regular season games. Kramer was selected as All-Pro five times- in 1960, 1962, 1963, 1966 and 1967. He is a member of the NFL’s 50th Anniversary All-Time Team and was elected to the Wisconsin Athletic Hall of Fame.

As an author, he collaborated with Dick Schaap on his first book, the best-selling Instant Replay. The book climaxed with Kramer’s lead block in front of Bart Starr to win the “Ice Bowl” championship game. Kramer would go on to write two other books with Schaap and worked as a color commentator in CBS National Football League telecasts. Following the passing of Vince Lombardi, Kramer edited Lombardi: Winning Is The Only Thing in 1970, and later in 1985 he wrote Distant Replay, reminiscing about the Packers of the Super Bowl I championship team. Of all the NFL personalities, my week with Kramer will always be unforgettable. We would have lessons and hit balls a good portion of the day, take a break, while he would tell us stories that would put chills up your spine, and then we’d go back out and work some more. At first I thought Jerry would be one of my most challenging students. His left hip had been severely hurt while playing football and his right arm suffered a terrible injury from a hunting accident. Although he’s very strong and a big man, 6’3”, he obviously no longer had the range of motion he once had.

There is a similarity here to many senior golfers I teach and those who may have restricted motion. Most golfers are led to believe that they won’t hit the ball very far unless they are able to make a big backswing where the club reaches the horizontal position at the top. I believe this is absolutely nonsense and think that for players like Jerry, the farther they swing the club back, the greater the tendency they will have to mishit golf shots. The length of a player’s backswing depends a lot on how much the player can fully turn his shoulders and hips. By overswinging, a golfer has a tendency to straighten up and pull out of his posture to bend his left arm and to loosen his grip at the top of his swing. In Jerry’s case, we made his clubs longer, used jumbo grips and built them up about as large as we could. When he swings, he generally has a tendency to pivot and turn around his left side and wasn’t able to shift much weight during his swing. If a golfer’s back swing is restricted because of a right hip issue I would have that student close his stance and bring his right foot back a couple of inches from the toe line. In Jerry’s case, since he had difficulty turning through the ball. I had him open his stance by bringing his left foot back a couple of inches from his toe line. Some might think that if you open your stance that this would induce an outside-in swing which might lead to a slice, but the folks reading this should understand that as long as your shoulders are square, the ball has a pretty good chance of going straight.

I personally watched the great Ben Hogan while practicing and hitting balls while giving a school for the PGA some years ago at his company in Fort Worth. He demonstrated how he could hit the ball just as straight with his stance open or closed (open means your left foot is back - closed means your right foot is back). Many times we have to deviate from the “norm” while working with people who might be physically challenged in some way. I’ve learned over 40 years of teaching that one can’t have a template for every student. They come in all different sizes, different shapes and need their own individualized learning program. When teaching, I always emphasize that as we swing the club back, a right-handed player transfers his weight back as the club swings back and transfers his weight forward toward the target as the club swings forward. In Jerry’s case, his weight transfer ability was minimized, so to increase his maximum efficiency and clubhead speed, along with center-face contact, we shortened his back swing, increasing his consistency and emphasizing the proper wrist cock and forearm rotation through impact. As with many golfers who think of the relationship between their swing and the target in terms of straight lines - back and forth and up and down - rather than in terms of a tilted arc and plane that swings their hands and arms up and around their bodies, we were able to use some training aids that helped him feel like his swing was more rotational. Using one of our No-Chicken Wing Torso Straps which fits around the chest and both biceps, Jerry was able to connect the inward and outward movements of his arms with his torso. The strap allowed Jerry’s arms to work with his upper body and shoulders as a coordinated unit. The strap conditions a golfer to take the club back inside the target line and return the club on the inside path, achieving the proper counter-clockwise rotation, a more powerful release through impact, extending the swing to its full completion. Using a big mirror and swing circle, we were able to demonstrate several additional drills that would increase his range of motion to Jerry. His swings gradually felt more effortless, allowing him to maintain the proper sequence of movement at a pace that allowed him to swing the club on the simplest possible arc. His distance, direction, control and consistency of his shots improved without any sense of strain or increased effort.

One of the stories Jerry shared with my sons and me is a time that when Lombardi first came to coach the Green Bay Packers, Jerry had a bad day and was sitting all alone in the locker room in the dark after everyone had left. feeling kind of down. Out of nowhere, Coach Lombardi sat down beside Jerry, put his arm around him, and told him, “I’m going to make you the best guard in the NFL.” Later Lombardi was quoted as saying: “Jerry Kramer did not know how good he was when he first joined the Green Bay Packers. You’d be surprised how much confidence a little success will bring.

Originally published in Palaestra, Vol. 26 No. 1 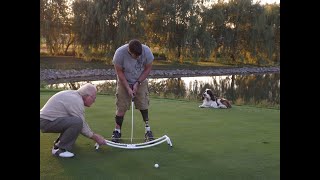 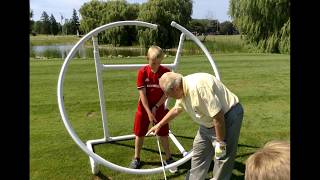 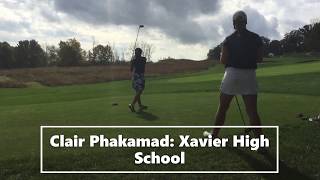 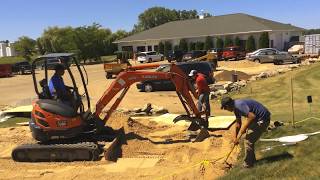